Danger under the Snow

Moles, Voles, and Mice in Grass Under the Snow

Even with snow on the ground, life goes on in the lawn and shrub beds. 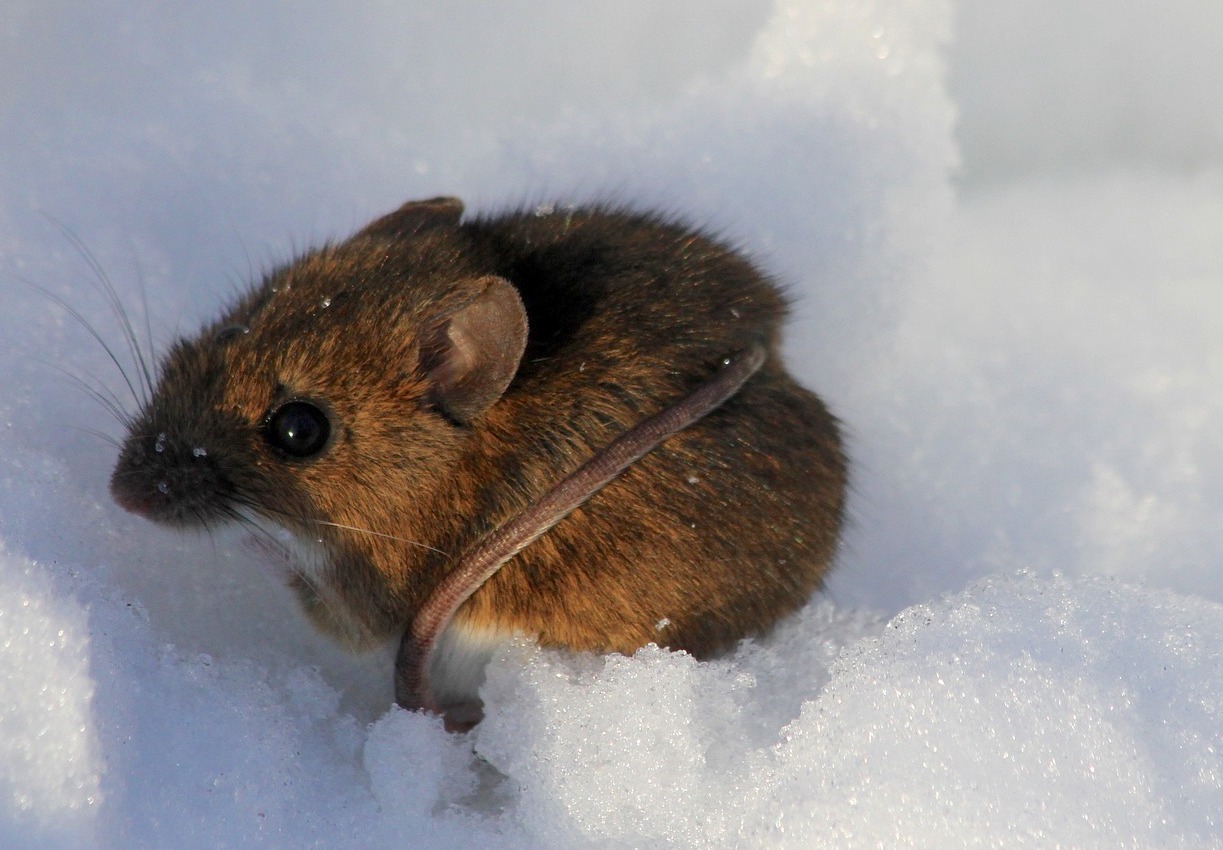 Unlike bears, ground hogs and many others that hibernate, the “critters’ that live under the snow do not.  They are very active, foraging for food and insulation for their burrows.

The animals we are most concerned about from a turfgrass and landscape standpoint are field mice, meadow voles and moles.

Field mice and meadow voles look similar except voles has a short stubby tail while a field mouse has a long tail.  They both operate above ground, under the snow.

Both of these rodents can cause a lot of damage, going unnoticed until Spring when the snow goes away.  As the snow recedes, particularly next to landscape beds tan, above-ground “trails” can often be seen meandering throughout the lawn.  These are the runways the rodents used in their daily activity.  Vole and mice tracks in the snow are unsightly at first, but, as the grass begins to grow, they will most often repair themselves.  There usually is no permanent damage to the turf. However, voles do cause considerable permanent damage by girdling shrubs.  They eat the bark as a food source.  This is the primary economic damage caused and the reason you want to control the voles.

You may be wondering, “Where do moles live in the winter?” Because moles reside below ground, they are rarely seen.  Moles do more damage to the turf. Moles will push up the turf as they make their underground tunnels. Moles tunnel at a rate of approximately 15 feet per hour and work up to 17 hours per day so the damage can be extensive. Mice and Voles will often use mole tunnels.

What’s Happening under the Snow on My Grass?

Disease/fungus can also be active under the snow.  Snow Mold is the most common and destructive turf disease that occurs under snow. The conditions that are conducive to inoculation, infection, and development of Snow Mold are temperatures between 30 and 40 degrees Fahrenheit with moisture.

The temperature under snow is just warm enough, with available moisture to encourage the disease and cause damage.  This damage may not be repaired by the lawn’s natural abilities to repair itself and may require some reseeding.

Insects, while not doing noticeable damage under the snow, will be better protected and more viable to begin their destruction earlier in the season.  The earlier insects begin to feed the more generations they could potentially produce throughout the season increasing the possibility of turf damage.

Spring will ultimately arrive, but when it does, be prepared to deal with what happened this winter under the snow.