Bees, Wasps, and Hornets – How to Kill Stinging Insect Nests and Keep Them Out of Your Yard

Summer is the time for picnics, pool days, and…stinging insects. Nobody likes getting stung by a bee or wasp. The pain is instant, and the swelling can last for days. If you’re dealing with a problem with one of these pests, never fear — we’re here to help. Read on for our top tips on how to get rid of stinging insects without, well, getting stung.

There are risks associated with do-it-yourself treatments. Wasps, yellow jackets, and hornets can sting more than once (bees can only sting once). While a single bee sting may not be dangerous to some people, those who are allergic to bees, wasps, or hornet venom can have a serious reaction that requires medical attention.

In addition to the bee stings that you might experience, falling off of ladders, inhaling insecticide fumes, and spraying yourself in the face are all risks associated with DIY treatments.

Size of the Stinging Insect Nest

The size of the nest is also a consideration. A small bee or wasp nest is less dangerous than a large one.

If the nest is small, you might be able to treat it with a store-bought insecticide. But if the nest is larger, you’re going to need professional help. Trying to treat a large wasp nest on your own is not only dangerous. It’s also likely to be ineffective because these insects can quickly rebuild.

Hire a pest control company to tackle wasp nests like this: 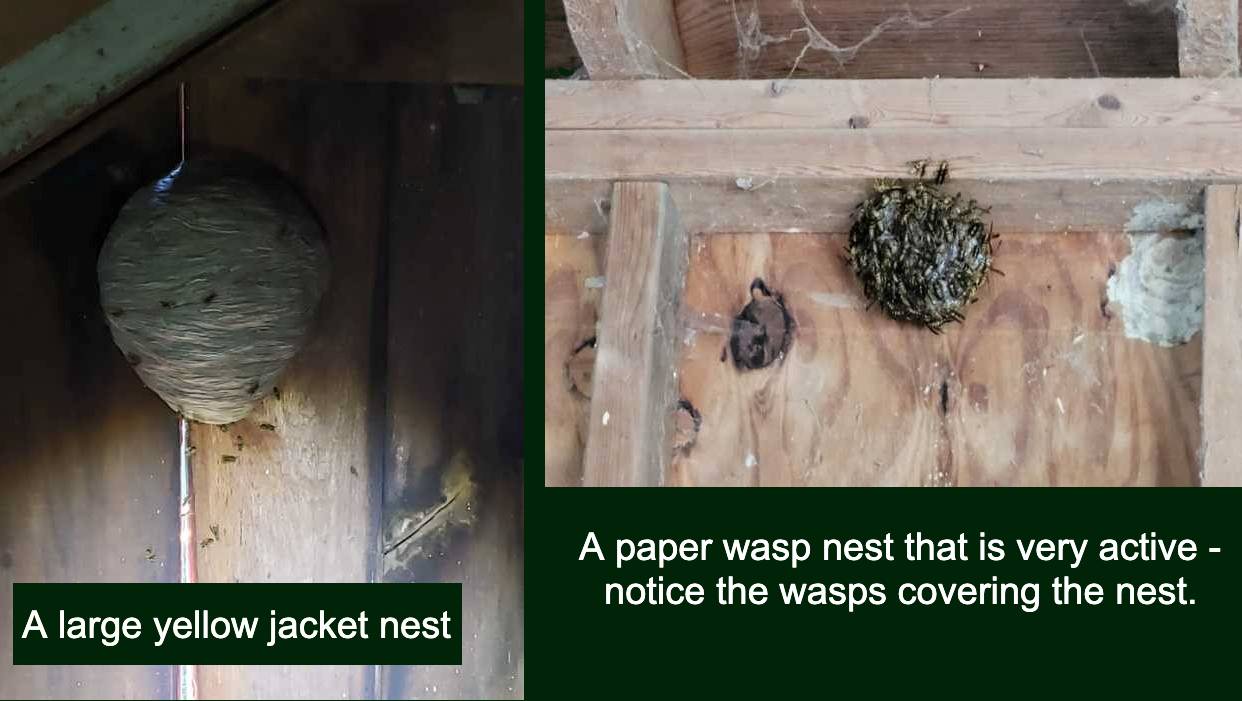 Try to find out how many entry/exit holes are in the nest and where they’re located. If you’re spraying into one exit hole, they may come out of another.

If you’re using an aerosol can to kill a wasp or bee nest, use a full can and don’t stop until the can is empty — this is not a good time to economize! Shoot directly into the entry hole(s) and be sure to have a backup in your other hand…just in case!

The first step in getting rid of any pest is to identify which species you’re dealing with. In the case of stinging insects, there are three main culprits: bees, wasps, and hornets. 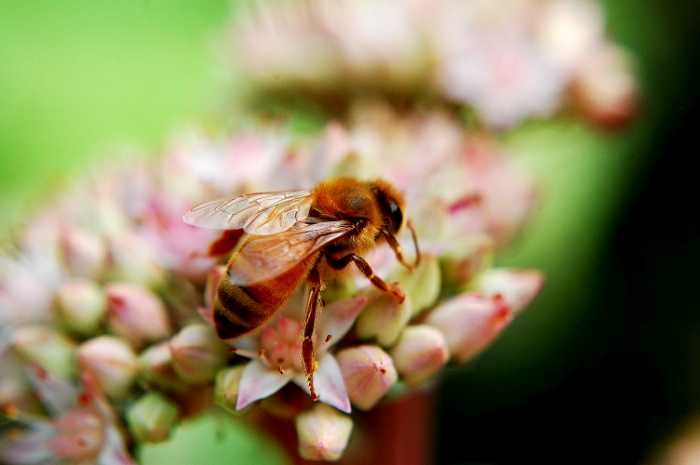 As their name suggests, honey bees are known for producing honey. A honey bee is a small, furry insect that makes nests out of wax and honey. They’re also pollinators, which means they play an important role in the reproduction of plants. Honey bees are generally not aggressive and will only sting humans when they feel threatened.

Unfortunately, there’s always an “inconvenient” side to these wonderful creatures. When they build their hives in areas where people live, this can cause problems. If you have a honey bee nest, contact us. We may be able to find a beekeeper to remove the nest without killing the colony.

Bumble bees are large and round with furry bodies, and they can be found in many areas, including gardens and parks. This bee species is an important pollinator. But they can sting if they feel threatened.

Wasps are often mistaken for bees because of their similar appearance. However, wasps are slimmer than bees and have a more pointed lower abdomen.

There are many different types of wasps, but the most common in Pennsylvania are yellow jackets, mud daubers, and hornets. Unlike bees, wasps are aggressive by nature and don’t die after they sting you. This makes them particularly dangerous for people who are allergic to their stings.

This type of stinging insect builds its nest in trees and shrubs, which can make them difficult to get rid of. 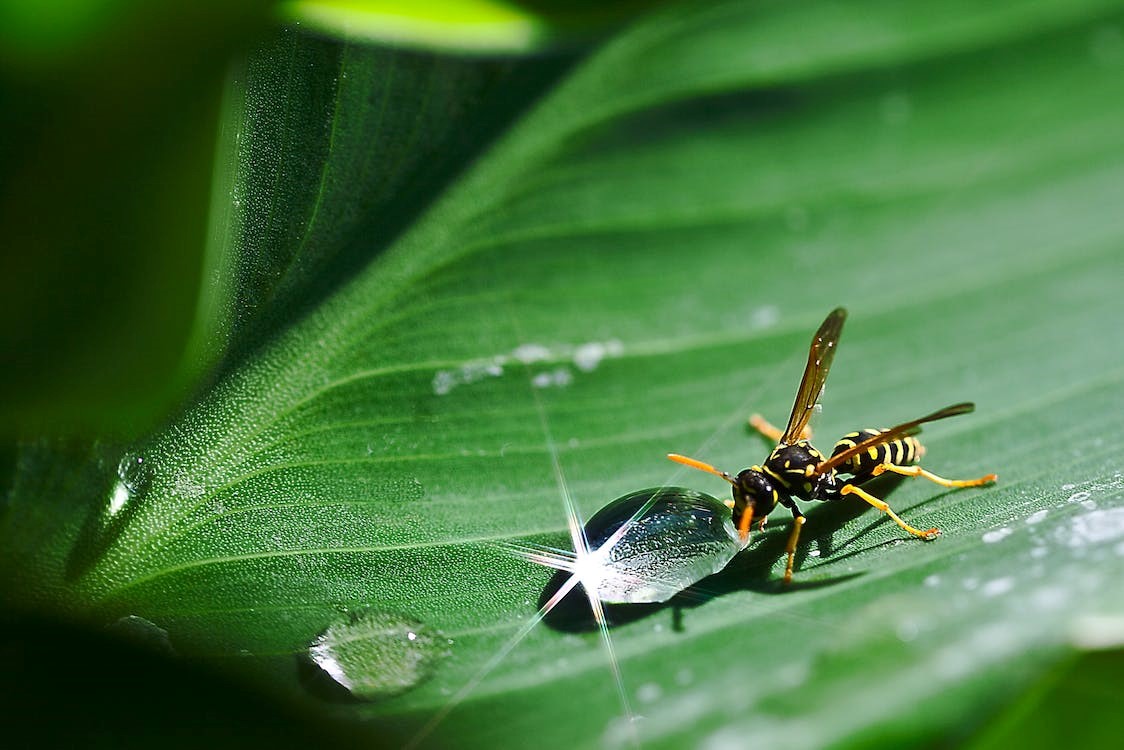 Yellow jackets are a type of wasp that is known for being aggressive. They are small (less than an inch long), and they have black and yellow stripes. If you see yellow jackets coming out of the ground, it’s best to stay away!

Paper wasps aren’t as aggressive as yellow jackets, but they’ll sting when threatened. 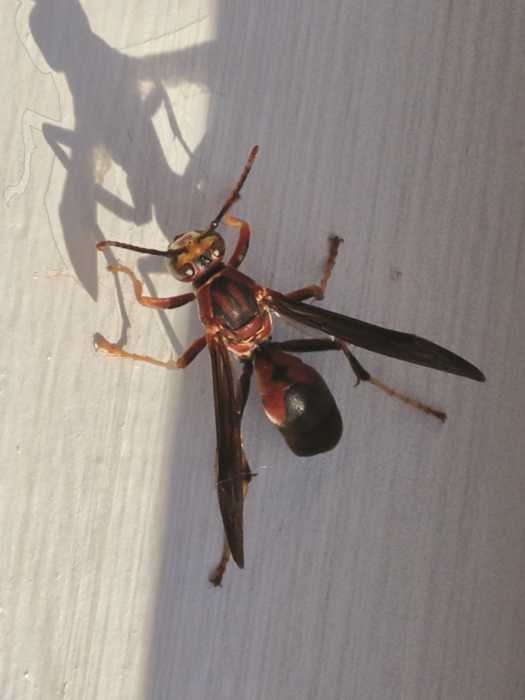 If you come across a yellow and black hornet, you’re most likely seeing either a paper wasp or yellow jacket, which look similar. The easiest way to tell the difference is their nests.

Paper wasps get their name from the paper-like material they use to build their nests. These nests can often be found hanging from eaves or other structures on homes and buildings. But their nests are always above ground, and they look like an open honeycomb in the shape of an umbrella.

Need a hand with wasp or yellow jacket removal?

Mud daubers are also called mud wasps and dirt daubers, and they are wasps. They get their name from their nests, which are made out of mud. These nests are found on the sides of houses, under the eaves, or in other sheltered areas.

The mud dauber females will sting a victim, usually an insect, and paralyze it before dragging it back to the mud nest to be used as food for her young. Mud daubers only sting humans when they’re threatened. They’re much less aggressive towards people than yellow jackets, bald-faced hornets, and paper wasps.

Mud daubers are black and yellow or black and white, just like most other wasps. They are about a half inch to one inch long, with a long thin body. Mud daubers have a very slender waist and long legs. Their abdomens are either black or yellow and have stripes running down them.

How can you get rid of Mud Daubers?

The best way is to destroy their nests. This can be done by spraying the nests with wasp spray or knocking them down with a stick. It’s also important to seal up any openings that the mud daubers could use to build their nests, such as cracks in walls or gaps around doors and windows. If they are not a problem, it is good to let them live. They’re good pollinators, and they eat a lot of pesky insects.

Hornets are the most aggressive stinging insects in Pennsylvania — especially the bald-faced hornet. They have the most painful sting in this part of the world!

If you encounter a black stinging wasp with a white face, you most likely have been stung by a bald-faced hornet. Their nests are often round or the shape of a football (but they can vary in shape). 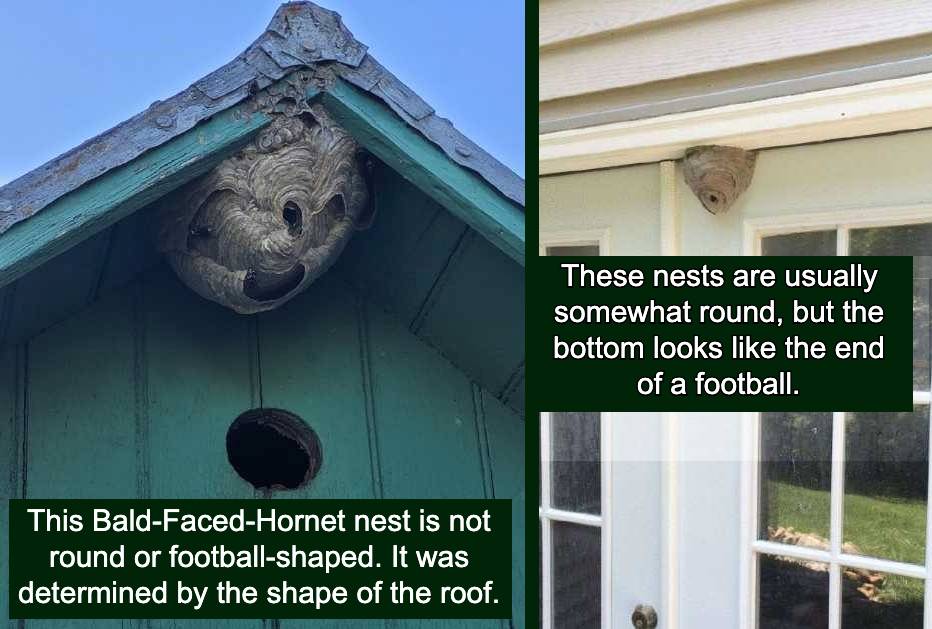 Bald-faced hornets are so aggressive they’ll attack upon detecting movement, even if you’re not near the hornet’s nest — and all of their friends will join in! Hornets will do everything they can to protect their hive.

They will sting humans and animals if they feel threatened. So, keep everyone (including your pets) away. If you have a hornet nest on your property, it’s best to contact Green Giant Home & Commercial for removal.

Now that you know the difference between these types of stinging insects, you can figure out how to keep them away.

How to Reduce Bee & Wasp Populations around Your Home

Stinging insects are attracted to food — primarily nectar. They also like human food with protein and are attracted to moisture. Clogged gutters, puddles, dog bowls, and bird baths may attract these pests to your house. Fragrances also attract them.

How to Keep Bees and Wasps Away

You can try to kill the insects yourself with insecticide. This is usually the quickest and easiest way to get rid of them. However, it’s important to follow the directions on the insecticide carefully so that you don’t harm yourself or your family in the process.

Trapping the insects is usually done with a sticky substance that they’ll walk into. Once they’re stuck, you can then kill them.

To keep your home safe, Green Giant uses different methods of treatment, depending on the type of pests that are present. For example, if you have a hornet problem, our technicians will kill the hornets and then remove the nest. We will then recommend ways to keep them from returning in the future.

While these insects are beneficial to the environment, they can become a nuisance when they build their nests close to human habitation. There are a number of ways to get rid of these pests without resorting to harmful chemicals.

One of the most effective home remedies is to mix equal parts of vinegar and water and spray it around the areas where the insects are active.

You can also try using essential oils to repel bees, wasps, and hornets. Peppermint oil is particularly effective at keeping these pests away. Simply add a few drops to a spray bottle of water and spray it around the affected areas.

We hope this helps you get rid of bees, wasps, and hornets without getting stung!

If you need help with any type of stinging insect, please contact us!