Could You Have Snow Fleas?

Have you ever seen a random patch of dirty snow? If you have, that snow patch may not be dirty snow at all!

As the snow melts away and our days become a little warmer, and a small insect-like hexapod known as a Springtail can become extremely active.

Springtails also called Snow Fleas due to their ability to jump large distances, are small in size, usually 1/8 to 1/4 inch long, and they feed on fungi spores and other organic matter in the soil.  They are not considered fleas or insects at all, and there is some debate about where they belong in the animal kingdom. 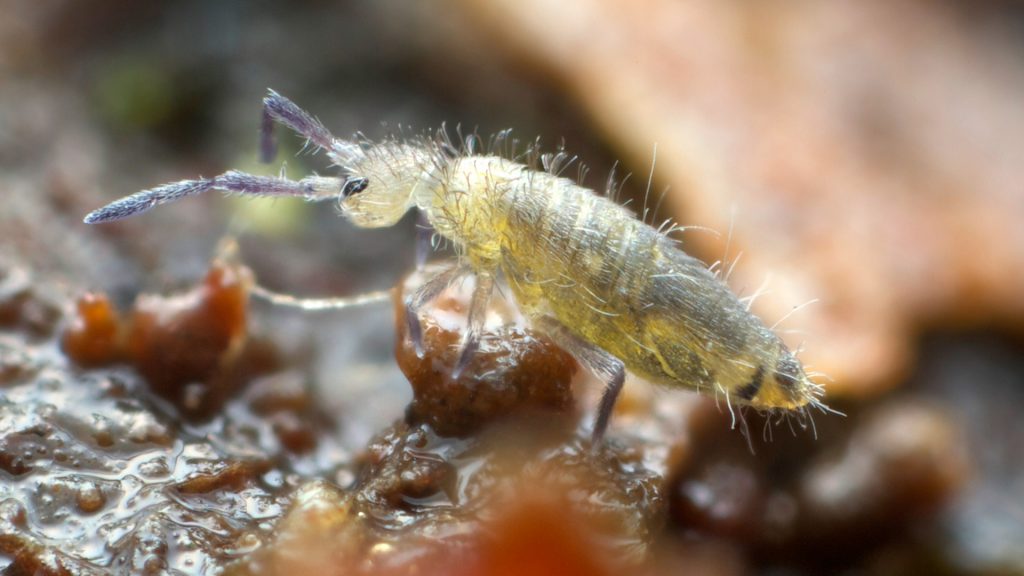 Springtails possess a phenomenal ability to resist freezing, and their bodies contain a “glycine-rich antifreeze” which keeps ice crystals from growing inside their bodies, allowing them to withstand very cold temperatures.

After overwintering, populations often explode in the Spring and can become a nuisance pest in areas of the home where moisture is present like mulch beds, patios, basements, garages, etc. Since they feed on decaying organic matter and the fungi that inhabit those types of environments, control measures can be taken in these areas to reduce large nuisance infestations. Springtails are an important part of soil ecology and should only be a control concern when populations become a nuisance infestation.

If you believe you have a springtail problem or need help identifying one, contact the professionals at Pest Control by Green Giant.