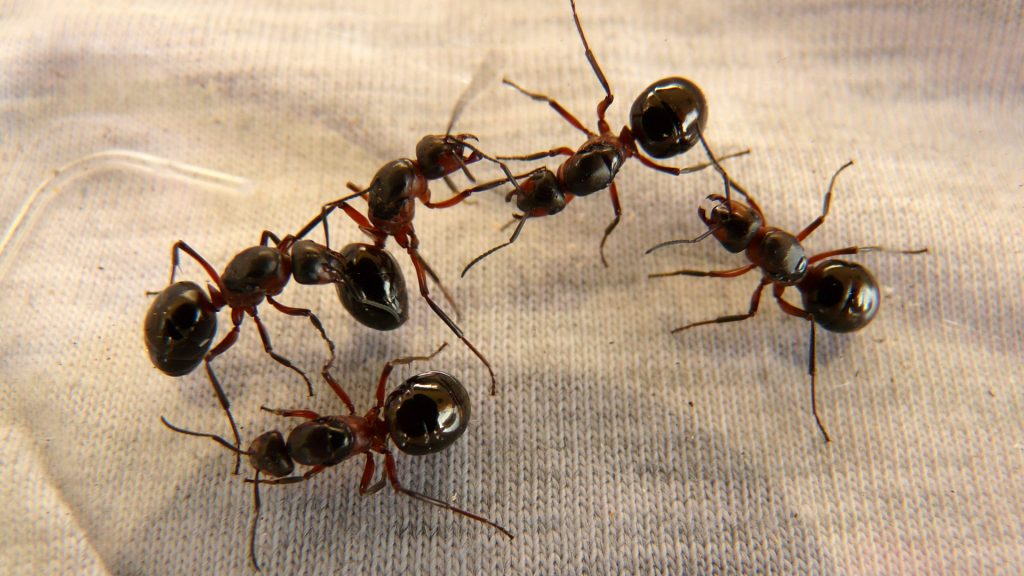 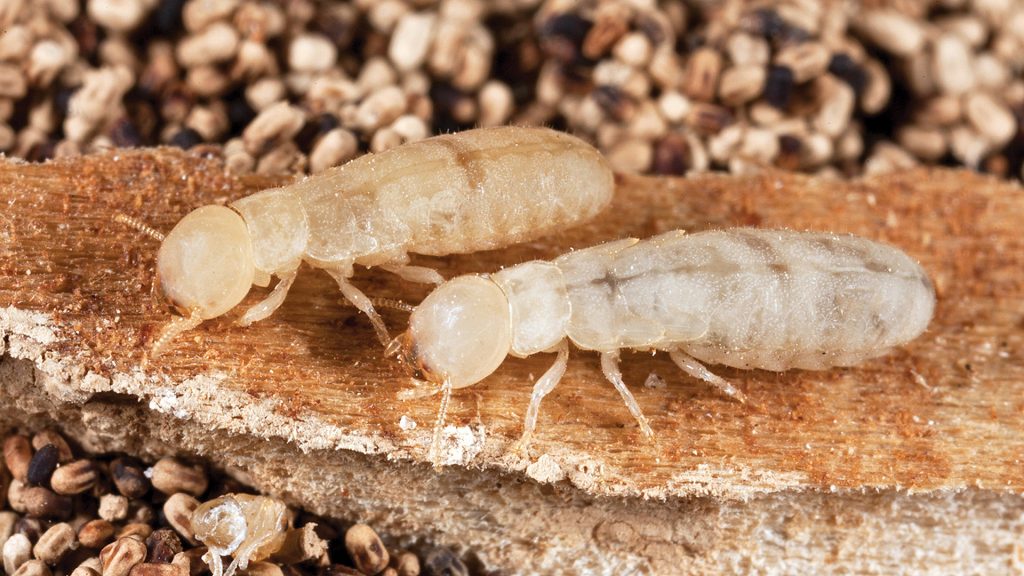 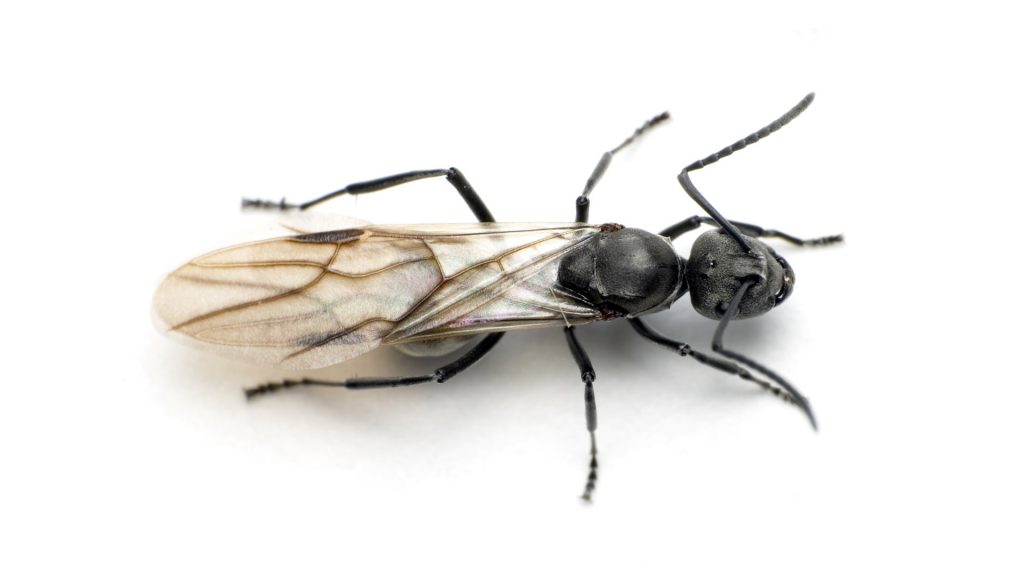 “Do I have termites or ants?”, “Do they look like ants with wings?”, “Could they be white ants?” These are the common questions most customers ask when they see something that they believe could be a termite. They do look very similar. So how do you tell?

In the pictures above, two are of termites and one is of an ant:

How can you tell the difference? For starters both termites and ants have different body shapes. Ants have a very skinny “waist” and “neck”, giving them three distinct body parts, compared to termites which only have two noticeable body parts (the head is noticeably separated from the rest of the body). Also the termite’s “neck” is not skinny and their bodies are about the same width as their head.  Take a look at the pictures above and below to see the difference.

The workers are blind and do not come out into the open. Workers are generally only seen when infested areas, such as the inside of walls, are torn apart. When this happens, you won’t see them for long because they will scurry away in an attempt to get into a dark, moist area. 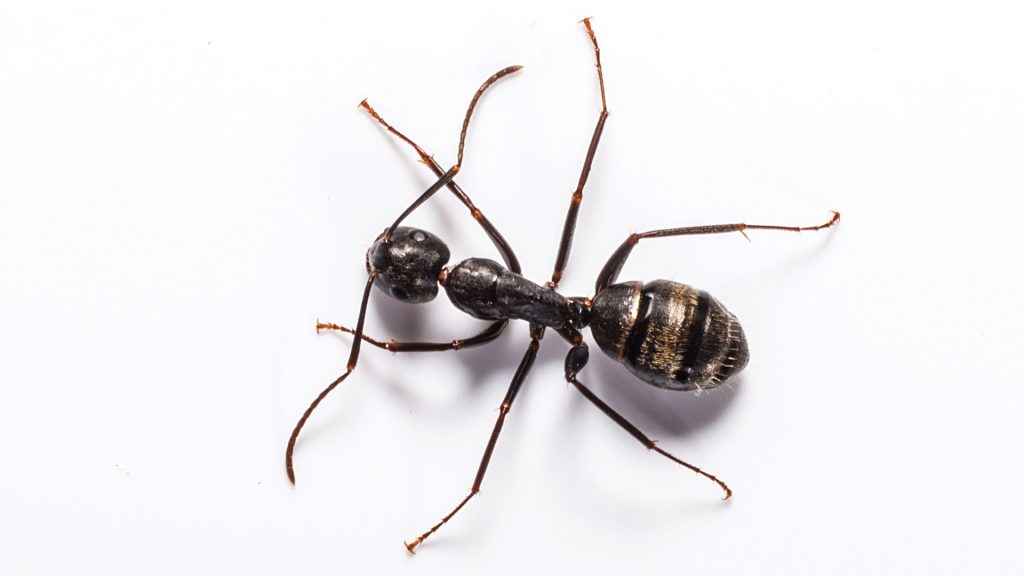 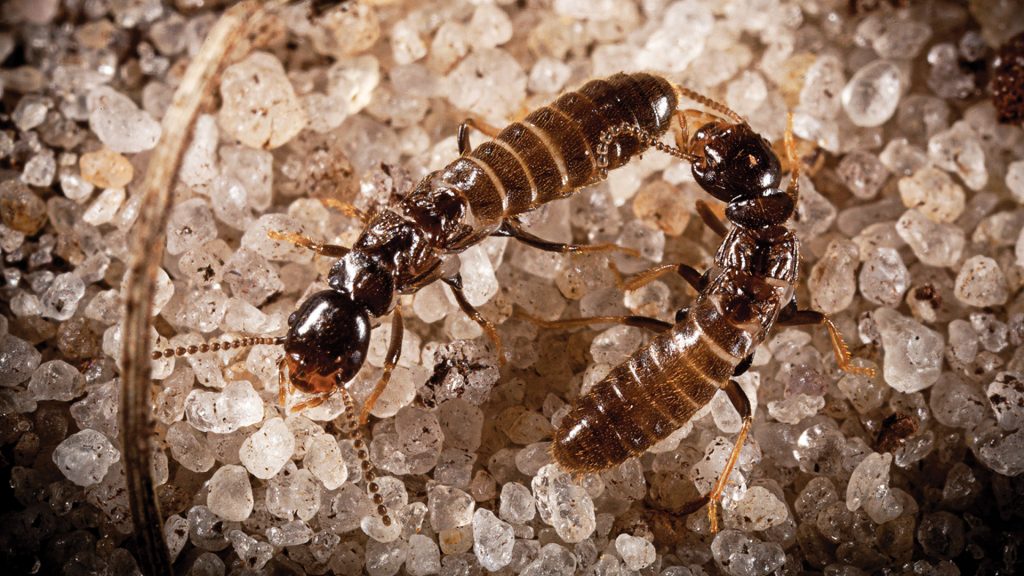 These examples are just a couple differences between ants and termites. The fact is that termites and ants have multiple life stages as well as multiple member groups (queens, kings, workers, soldiers and winged reproductives). These all have different body sizes, shapes and colors. Also, the insects are small and these differences may be hard to detect.

If you have any concerns that you may have a termite problem, contact Green Giant right away and we will make a positive identification for you at no charge or obligation.